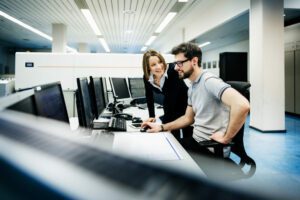 Cybersecurity is big news. It’s a rare month, or even week when we don’t see a major cybersecurity issue manifesting itself in the news. As more and more companies expand into digital systems the need for security will increase.

The Importance of Cybersecurity Grows Every Day

The average person might not know who the REvil gang is. Likewise, it’s unlikely that a random person on the street will know what JBS produces. But anyone involved with cybersecurity will know the connection between these two world shaking forces. JBS is the world’s largest meat processing company, and REvil is the Russian hacking gang that managed to get into the company’s servers.

It’s not known exactly what REvil demanded or received. But it’s thought that the hacking group was able to extort over $11 million from JBS, according to NPR. And the attack against the world’s biggest meat processing plant stands as solid evidence of the world’s general vulnerability to cyberattacks. Especially since REvil quickly moved on to their next targets.

The gang recently announced that they’ve infected thousands of other victims in at least 17 different countries. They initially demanded up to $5 million as ransom. But they’ve since upped the demands to $70 million for a universal decryptor that will unscramble all infected computers, according to CBS News. The impact of the attack has been felt all over the world. For example, the Swedish grocery chain Coop had to close around 800 stores due to its cash register supply chain going down in the attack.

What’s really amazing is that this is only a small snapshot of a single gang’s activity. At almost the same time as REvil’s attack, another group hacked the US Justice, State, Treasury, Energy and Commerce departments through the SolarWinds cyberattack. Even Microsoft was hit by this powerful wave.

And those attacks are just the tip of the iceberg. While these are some of the most significant attacks in the past few months, they’re also just two groups. If we go over an entire year’s worth of cyberattacks the numbers become difficult to fully comprehend. The severity and growth in cyberattacks show why cybersecurity is needed more than ever. But what does the role actually entail?

The Foundation of Cybersecurity

A cybersecurity technician typically needs to handle a wide variety of tasks. It’s not just a matter of understanding the major operating systems. It’s also important to understand how the average person interacts with them. A cybersecurity y technician needs to have a strong background in information technology. But there’s also a psychological aspect to the job.

For example, consider how people store their passwords. It’s quite common for companies to enforce password cycling. This means that employees will need to change their passwords on a regular basis. In theory that will enhance security. But how do people actually react to that type of policy?

Depending on the nature of the password policy people might end up writing their password down near their computer. This makes it instantly viewable to anyone who walks by. And if the windows are fully clear then anyone with a pair of binoculars would be able to pick up a few passwords with a quick visual sweep. Even someone with a drone outside the building would be able to get a good view of some passwords. New devices used for spying mean that security needs to understand how they operate and how to counter them with their own devices.

More and more companies are realizing that they can’t simply extend a standard programming or network maintenance position into security. It’s a field that extends beyond technical implementations and into business psychology. However, that’s not to say that there isn’t a strong need for technological expertise as well. But how does technological change over time impact the increasing need for cybersecurity technicians?

Another reason for increasing security concerns is coming from computational interoperability. There was a time when a company’s internal network was entirely based around a single platform. In those days the average person wouldn’t dream of using a computer outside the office. Let alone have any preference about hardware or operating systems.

Today most people become extremely used to whatever computer and operating system they use at home. They’ll often want to access some aspect of their company’s resources from home connections. This raises countless security issues. Web browsers alone have become as complex as operating systems.

Any modern web browser is essentially a platform that can execute computer code. And it’s a rare employee who doesn’t widely surf the web on occasion during office hours. Every web page can be a potential security concern under the right circumstances. And every browser version typically comes with its own vulnerabilities. And of course, all the major operating systems have their own quirks as well.

Windows, OSX and even Linux have unique security issues that need to be considered. The same goes for mobile operating systems like Android and iOS. And networking all those systems together drastically impacts a system’s overall security. But everyone has their individual preferences. This makes designing a strong policy around security quite difficult for the average cybersecurity technician. But at the same time, people with the right mindset also find it to be a lot of fun.

One of the most unique traits of a cybersecurity technician is their ability to find fun in the difficulty and increased number of variables. Hackers have always been fueled by the sheer challenge of the endeavor. And a new junior ethical hacker on the side of good shares that love of a challenge with the bad guys trying to best them.

In the end, hacking is largely about problem solving and staying ahead of opponents. It’s a fast-paced game of chess with huge stakes and equally big rewards. Individuals who can find excitement in such a challenge are rare. And this is one of the biggest reasons why there’s so much industry demand for cybersecurity technicians. But it also means that people who do have the drive and skill for the position can typically rise in the ranks quite quickly.

Ready to become a cybersecurity technician in Florida? The Bachelor Degree program in Information Technology with emphasis in Cybersecurity introduces you to a variety of topics, such as assessing the security vulnerability of computer and network systems, various computer and network safeguarding solutions, and managing the implementation and maintenance of security devices, systems, procedures and counter measures.  As a graduate of the program, you will be prepared for an entry-level career as an information support analyst, junior ethical hacker, or network and security support analyst related jobs.

*These examples are intended to serve only as a general guide of possible employment opportunities. There are many factors that determine the job an individual may obtain, and Florida Technical College cannot guarantee its graduate any particular job. Some positions may require license or other certifications. We encourage you to research the requirements for the particular position you desire.